Can Something You Never Had be LOST?

With my girlfriend at the time, lust wasn't exactly 'lost', rather it never developed. I guess you couldn’t have found two more neophytes as far as sex was concerned, when we started dating. First serious relationship for both of us. No sexual experience. I was from an up-tight religious background, and my girlfriend was from a broken home, living with a protective mother. Add to this her serious medical condition. Our courtship involved a lot of joint volunteering, caring and charity type activities. We were young, optimistic and idealistic. As far fetched as it sounds, we really were 25 year old virgins in the ‘age of Aquarius’ when we married.

Due to poor time planning and travel, the wedding night was sexless (not that unusual apparently). We only had a long-weekend due to study commitments, but a full honeymoon was planned in the semester break. But our sexual initiation this first weekend was very fumbly and definitely less than lustful.

Back at our new apartment, between settling in and study, our sexual start to married life wasn't improving. Five weeks later, we went on our formal ‘honeymoon’. But daily travelling and a different bed every night, left our “honeymoon” sexless.

Our first six months was a very fumbling, intermittent sex life. Between women’s issues and her other health problems 2 or 3 times a month, sex was infrequent and mediocre. I think there was one very good encounter when I took the whole day off and we spent half the day in bed, mostly in fore-play, finally achieving successful coitus. Whilst my wife enjoyed extended foreplay, she was mostly not comfortable going below the waist. In month’s 7 to 12, despite moving into a house from the 1 bedroom apartment, sex virtually ceased, with my wife no longer able to relax enough to allow penetration - vaginismus, ‘frozen vagina’.

Over the next couple of years, the vaginismus subsided, but her health problem meant that we visited hospital ER more often than we had sex (4-5 times per year). As for quality, “Think of England”. 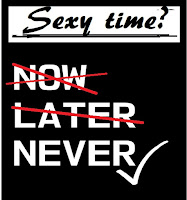 We finally found a medical specialist that was somewhat supportive of us starting a family by carefully reducing medication by half and closely monitoring my wife's medical condition. It was a matter of treading the fine line between the congenital danger of high dose meds. and the dangers of a low dosed medical condition. Using the Billings method, conception was achieved in 3 months. Wow, sex, whether she wanted to or not, once a month for 3 months - the most frequent sex in our married life before (or since). The 9 months of pregnancy went smoothly health-wise, though sex was off. Then life was hit for a six when our child was born with multiple congenital conditions requiring immediate life-saving surgery, then full repair and follow-up surgeries over the next 5 years.

The first couple of years post natal, were sexless. I guess conjugal relations were of such a low priority, that the years slipped by. In hindsight,  I estimate that over 20 years, we averaged between 0 and 2 times per year.

Eventually, I got her to talk about our situation, but all I got was “I just don’t enjoy sex and never have”. Well, after that smack in the face, I promised that I would never ‘bother’ her about it again, and I haven’t.

It was 3-4 years later, that she started to open up a bit more about her childhood. It seems that her introduction to sex was as a pre-teen, hearing her drunken alcoholic father having his way with his wife and hearing her mother pleading to be left alone. Even in the 1960’s, a woman was still her husband’s chattel and conjugal rights were expected. "Rape in marriage" was inconceivable by definition of ‘marriage’.

After a few months, she asked her mother about it, and she had her first ‘lesson’ in sex-ed, including rape. The ancients described this as "The sins of the father will be visited on his children to the 3rd and 4th generation" (Ex.20:5, Num.14:18, Deu.5:9).

Never a truer statement has been made, than "The must important sexual organ is the one between our ears"!

So that just leaves me. When we vow “For better or worse, in sickness and health”, I guess we all assume that the worse and sickness will only be a small percentage of married life. How one deals with and transcends the "worse" is a measure of your character and depth of love. Our relationship had virtually declined into ‘patient and carer’. Any hope of 'normal' marital sex was totally LOST! I started going through bouts of depression. Who cares for the carer? It was through discussions with a friend at work, that I started to realise that there was no point in just blaming circumstances for one’s unhappiness. I had to take responsibility for my own happiness, thinking outside the square of societal conventions. The Good Book tells us to ‘Love your neighbour as yourself’ - I had been taught the first half all my childhood, but not really much about loving myself - that was always seen as being ‘selfish’.

And so I ‘bit the bullet’ and started taking some occasional ‘me time’ with some ‘Ladies Of Pleasure’. I had tried once before on a business trip, but it was over in a couple of minutes and I remember thinking "Is that all there is!". But this time, I was lucky to find a kind, more mature lady, that was very understanding of my situation and led and guided me through a lovely time.

And so it was that in my mid-50s, I FOUND what I had never had. Through a forum of men in situations like myself, I learned about brothels and private sex workers, of the wide range of services available and of all the different types ladies, from 'star-fish' to nymphos. With some delightful ladies, I discovered/learned about the differences between women and men's arousal patterns, of pleasuring a woman, how mutual enjoyment can be far better than individual pleasure, that love and sex can coexist separately. I learned the difference between love-sex and fun-sex. I learned how humor and laughter can enhance the sexual experience. I learned to give and receive oral for the first time - I've had some wonderful teachers. I've learned about Booty Buddies, Friends With Benefits and Sugar Daddys. OMG I feel so embarrassed to be confessing my sexually deprived upbringing.

In the anonymity and privacy of brothel pillow talk, I have had ladies confide things they might not even share with a BFF, of their likes and dislikes as far as client behaviour is concerned, and I've learned a lot about fellow men's lack of sexual education, experience and confidence - just like me. So I set about to write a BLOG about what I was learning, of personal experiences and educational essays, then later fictional pieces.

For others in situations like mine, I wrote "A Lustless Relationship Survivors Memorial".

I've found fulfillment in my writing, of bringing pleasure and sex-positive knowledge to a wider community. And I've found a wonderful community of fellow writers, that support and encourage.

But with age, I discovered declining libido, of Erectile Dis-function. Then we add on prostate cancer and the impact of roast prostate by radiotherapy and how that leads to further ED, lower libido, loss of ejaculation ability and lowered tactile sensation.

But I'm working on IT. With regular ED meds. and regular self-love and trial 'test drives', all is not completely lost, if not totally re-found! Never is there a truer saying than "Use it or lose it!". 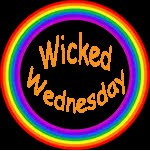