(The 'Write Big Sexy Words' (#WBSW) challenge for March 2022 is to include as many of the following BSWs as possible in a post - bodacious, sapphic, opalescent, vessel, nectar, tryst, ravish, beckon, rend).

Princess Delilah strolled through the palace gardens, the summer warmth raising a sheen on her face and ample bosom. She was alone today, her sapphic maiden dresser had been called away to a family illness (so she said; it was in fact a secret tryst with her own true love).

Delilah settled on a grassy patch in the cool shade of an apple tree. She lifted her skirts and spread her legs where a shaft of sunlight warmed her loins. Her fingers danced across her womanhood, caressing and sliding through the moist folds. Her ardor was rising, after all it had been all of 3 hours since her maid had satisfied her after the matins. She needed relief again - she was a very needy princess.

She beckoned to her eunuch who was never far away, and directed him to bring her a vassal. She reached up and plucked a piece of the 'forbidden fruit' and as she bit into it, its juice tricked out of the corners of her mouth, down her chin and dripped onto her breasts.

Within a few minutes, he returned with a vassal on a leash, crawling along behind. She took the leash and drew the vassal to her. Her opalescent lips glistened in the sunlight, begging to be ravished. His hands grasped her bodacious bodice to rend it asunder and his tongue stretched out to lick the forbidden fruit juices. But she had very specific needs, so she pushed his head down between her legs. He knew his place and task well and proceeded to lick and slurp the nectar from her luscious womanly vessel.

(Origin unclear, appears on many web sites including Pinterest)

Once her quivering gasps subsided, she pushed him away. The eunuch took him back to his box, where he was able to relieve his own ache that had grown whilst he pleasured his mistress. With a spume of jissom, he flopped back on his bed. The eunuch looked on from a distance, jealous of the pleasure that he could never enjoy himself. 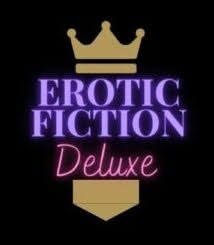