In part 10 of Emily and Jack's sexual renewal, they help their recently divorced neighbour, who had observed their Pool Party with Tess and Tim.

It was a Saturday afternoon and Emily was out at the children's sports match. Jack was lounging beside the pool, when there was a knock at the side gate and a voice called, "Are you home Jack?". It was Pat, his next door neighbour.

Jack opened the gate and Pat asked straight out, "Could you help me? My pipes need cleaning!".

Jack stepped out and followed her to her home. She continued, "I had to throw out that no hoper of a husband. I think he was having an affair with his secretary!".

Pat led Jack to the kitchen where she knelt down at the cupboard under the sink. Pat was wearing a short cotton dress and as she knelt down she wriggled her arse giving Jack a good view of her commando cunt. He could see that it was quite red,  puffy and wet - Pat had obviously been pleasuring herself before she came to see him. It was obvious that it wasn't the kitchen sink 'pipes' that Pat wanted 'cleaning'.

Jack's cock twitched at the sight, but he went over and took Pat by the shoulder and helped her stand up, saying "As much as it's a very lovely invitation, I'm sorry, but I don't think I should help you right now!".

Pat reached up putting her hand around Jack's neck, pulling his face to within inches of her lips. Her bra-less breasts thrust through the thin cotton and her erect nipples poked his chest. "O Jack, it's been months since I've had a man" she blurted out with a tear in her eye. "And even then, my husband only fucked me for his own pleasure. He didn't care about me at all. I heard you and Emily at your pool a month ago with those friends, and I had a peek through a little gap in the hedge. When I saw you fucking your lady friend, I couldn't help but masturbate myself to an orgasm. Wouldn't you like to fuck me like you fucked her?".

Jack wasn't angry, in fact he felt a little sorry for her situation. He gently pushed her away, guiding her to a chair and sat down opposite. "Since Emily and I became liberated and got into the 'lifestyle', we have some 'rules' within our circle. We are generally a group of like-minded couples. We don't 'cheat' on the group, and we don't bring a new person into the group without discussing it together. How about you come over for supper tonight, after the children are in bed, to meet Emily and we'll talk about whether we can help you! Come as you are if you like." said Jack with a twinkle in his eye.

"Oooh, Thank you!" said Pat, giving Jack a quick peck on the cheek.

When Emily got home, Jack told her about his encounter with Pat and her loneliness and needs since her husband was thrown out. Emily was enthused to hear that Pat was coming over.

Right on 9, there was a gentle tap on the front door. Emily let her in, sitting her in the lounge. Jack noticed that she had in fact changed into a silky red dress, with a plunging neckline showing off her ample bosom. By the look of her perky nipples, it was obvious that she was still fully commando.

Jack poured martinis for everyone, and after some preliminary chit-chat, Pat burst into tears, pouring out her heart about her loneliness since she threw her husband out. Emily moved over beside her and put her arm around her, "Let's move into our 'retreat' where we can talk openly without the chance of any of the children coming out".

Emily led the way into Jack and Emily's 'play room', what the estate agents euphemistically called the 'parents' retreat'. Emily sat Pat beside her on the settee and Jack flopped into a bean-bag. Emily had her arm around Pat and pulled her in close.

"I sort of understand where you are coming from" explained Em. "I felt a little bit that way after the last of our children was born. I felt our sex life was unsatisfying, so I went to see a sex counselor. We went to a class/party together and learned so much and met some wonderful people and we learnt about the 'lifestyle'. It was the best thing we could have done and it has revolutionized our life, sexually and generally".

"One of the important things we learned was the various types of sex. There is love-making sex, in our bed-room there", pointing to the adjacent room. "Then there is playful fun sex, either here in this play-room, outside at the pool. Jack told me you saw us with Tess and Tim last month. Then we have play-dates and party nights together at each other's homes or away on holidays together".

"But what you need is comfort sex, to lift you out of a broken relationship".

"Now the other important lesson I learned was that another woman understands and can pleasure you better than most men".

With tears in her eyes, Pat turned toward Emily, who leaned forward and gently kissed her full on the lips. Pat reached around and cuddled Emily, her breasts pressing into Emily's similarly bra-less bosom.

"Yes! Yes! I need comfort. I want to feel normal again" wept Pat as she started to kiss Emily passionately. Emily responded and they started fondling each other's bodies. Emily's right hand spread Pat's legs and slid up her inner thigh, drawn to the heat of Pat's very wet arousal.

Meanwhile, Jack hadn't been idle. He had slipped his clothes off and approached the women and knelt at Pat's feet and proceeded to give her a very relaxing foot massage.

The girls were getting quite aroused and hurriedly pulled each others dresses off. Emily's hand moved up to Pat's breasts where she sucked and nibbled her very erect aroused nipples. Pat's pelvis was lifting with the arousal from her nipples, so Jack kissed his way up her legs till he was lapping her labia. Then sucking her clitoris she bucked and moaned. Jack's tongue whirled round and round and up and down her slit, lapping her juices and laving up and around and around her clit, again and again. Pat's first orgasm hit with a shudder and a little squeal. "Oh my God" moaned Pat, "Why couldn't my husband have done that!".

Emily lifted off Pat, turned around and lowered her own cunt onto Pat's mouth. Although Pat had never had another woman before, she received Emily willingly and replicated what Jack was doing to her, licking and sucking on Emily's lady bits. Her body was thrusting up to meet Jack's ministrations, between more shaking orgasms.

As Pat's vaginal juices flooded onto Jack's tongue, he decided it was time to take her to the next level. So her gently slid a couple of fingers into her. She clamped her cunt around his fingers as she thrust up, trying to pull him in deeper. Jack worked his fingers around till his finger tips hit her g-spot, then with a 'come-hither' motion, he had her convulsing with her largest orgasm yet. Then with a massive up-thrust that popped Jack's fingers out, Pat let out a loud "OH MY GOD!".

Pat's whole body was convulsing in waves from her mouth on Emily's cunt to her hips against Jack's mouth.

As Pat came down from her last orgasm, she lifted her head away from Emily, and looking at Jack's enormous cock, almost fully erect now, said, "Oh MY GOD! I've never done that before!. I need some of that cock now Jack!". So Jack stood up and stepping forward lined up with her waiting pussy and slipped straight in with no guidance needed, she was so wet and hungry.

Pat had resumed eating out Emily's cunt and Jack was thrusting. Jack leaned forward to Emily and they kissed. Looking down at Pat's squirming body beneath them, and Emily said to Jack, "I think we have a new candidate for our team!".

It was only a matter of minutes before Emily was squealing with her own orgasms under Pat's actions. Then with an almighty "Arrrrgh!", Jack blew his load and Pat came for a final time. All three of them collapsed in a perspiry heap, exhausted.

After a few minutes 'petit mort', Pat spoke up, "WOW! Is that what marriage was supposed to be like? You've opened my eyes to a NEW sex life! I sort of pity my ex's next mistress - he just doesn't have a clue".

"Welcome to 'fun sex'!" replied Emily. "We will definitely be recommending your addition to our sex circle". 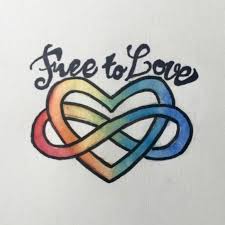 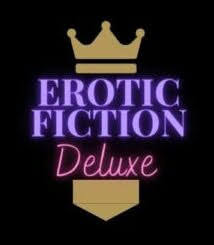 Click to see who else has
written about NEW experiences. 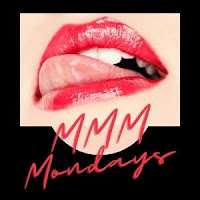 Click to see who else is
saying "MMM" on Monday 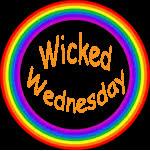