The Aussie Scene and the Law

As I read blogs of punters in other countries, I can see the how local laws impact on the local scene.  So I thought it time to enlighten this blog's readers of the Australia situation.  I should state that I am by no means an authority plus each state has its owns laws and so the punting environment does vary a bit from state to state.  So I will focus on my home state, the Victorian situation.

Firstly, prostitution is legal in all Australian states.  The regulation and enforcement with respect to who, when, where and how is typically divided between local councils (by-laws and planning authorities) and state authorities. National authorities can get involved when immigration visas are involved.  Direct involvement of police varies and changes are being proposed in Victoria to involve police more directly.

Generally street solicitation is illegal with both workers and clients libel for direct arrest and prosecution by the police.

The Legal trade is roughly divided between registered brothels (generally know as "parlours" - English bloggers refer to these as "walk-ins") and "escorts" (out-calls only in Victoria).  Thus escorts cannot work from their home and even two ladies cannot work from an apartment unless it becomes a licensed brothel - there are some variations around "escort" operations between states.  Out-call workers (Escorts) have to be individually registered. 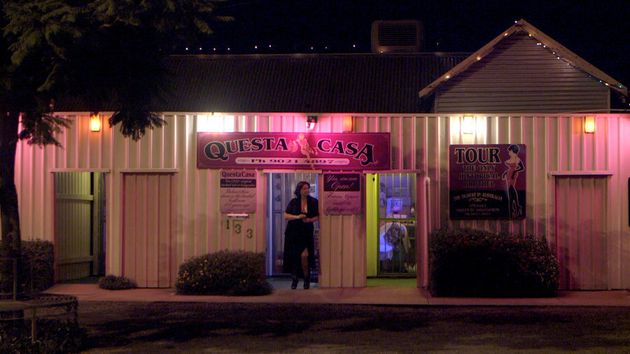 Parlour registration requires all their ladies to have regular STD health checks (in Victoria this was monthly, but has recently been relaxed to 3 monthly). Parlours are required to actively promote covered "safe sex" to all workers and clients. Compliance varies a little, with the strictest brothels totally banning punters that request uncovered sex. At a guess, 50% of ladies will give uncovered oral as an extra.  At perhaps 1% of parlours uncovered oral is pretty much the norm at no extra.  Victoria regulations were extended this year to require any "sexual contact" to be covered, thus including Oral both ways - obviously this is virtually unenforceable, but public "reviews" must be discreet.  As a consequence, brothel sex workers have the lowest incidence of STDs of any sexually active demographic in the community.

The parlour license also forbids any alcohol on the premises.  General work-place laws also apply requiring a smoke-free environment - smoke breaks have to be taken outside.  All legal parlours I know of have zero-tolerance policies to drug use. So the public perception of prostitutes as being spaced out druggies is a total fallacy - the majority of ladies I see are either students, especially mature-age students trying to change career getting no study-assistance, or mature mothers (often single/separated/divorced) struggling to make good after a messy break-up working to put their children through a good school, or mature career ladies that enjoy the work, seeing it as an important service who enjoy the social interaction.

Virtually all parlour workers are "independent traders" and have to make their own tax and superannuation arrangements.  The client's fee is split into a house room fee and the ladies fee.  Some parlours even advertise this split.  A common arrangement is that the house takes their fee from the client's payment and places the ladies fee in a folder for the client to hand directly to the lady.

I can't speak about the out-call Escort scene personally, but the restriction to "out-calls" causes the focus to be placed on hotel visitors and generally higher rates (than parlour visits).  However, there is a not insignificant percentage of punter connoisseurs that prefer longer or overnight visits with escorts.  Most escorts work through "Agencies" though there are quite a few that work independently relying on word-of-mouth referrals and web-site and forum advertising.

Melbourne, Victoria, is the second largest city in Australia with a population of over 4 million (almost half the size of Chicago) or about the size of the whole of Greater Manchester.  Geographically, it is a large sprawling city about the size of Greater London.  It has almost 100 legal brothels with at a guess, around 1500-2000 working ladies.  The number of "Escorts" is harder to estimate but could be over 1000, with some over-lap with some ladies working both in a parlour and privately.

The Illegal and Fringe Scene

In addition to the above legal operators, there is a burgeoning (unregistered) "massage" industry.  These vary from top-less and nude masseurs, to those offering "relief" (sometimes "gloved" to avoid technical breach of laws) - these are colloquially referred to as "RnT" (Rub'n'Tug) parlors. Occasionally, one hears of such ladies offering very discreet (illegal) "full service".

The other aspect of illegality rearing its ugly head and gaining some press coverage currently, relates to Asian immigrant or visiting ladies. Something like 30-50% of Melbourne parlours are serviced by "Asian" ladies.  English communication is usually very difficult, and if you can get a conversation, the "Ladies" often claim to be students, having only been in the country for a matter of weeks, then disappear (return home) after a month or two.  So there are immigration visa issues.  But worse, there have been a few cases recently of girls being brought to Australia under false pretenses, then effectively being forced into prostitution in otherwise legal parlours (by with-holding their passport and payment, forcing them to live in communal houses).  The criminal element involved hide behind corporate facades and take advantage of loop-holes in prostitution regulation enforcement, including bribery of local council enforcement officials.